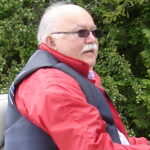 With great memories and sad hearts our family announce the passing of Leo Fontaine at the age of 77 after an aggressive cancer that began in his lungs had within months claimed his body as well. He passed away at home with family by his side.

Leo was born in Spiritwood, Saskatchewan to Caroline and Joe Fontaine and spent his teen years with his family in Smiley, Saskatchewan where he made life long friends and began working in the oil industry. From the work over rigs he moved to Red Deer where he began working for Otis Pressure Control. He and Mary-Ann married in 1964 and after a stint in High Level, he accepted a transfer with his family to Great Yarmouth, England and began an overseas career in bottom hole safety and pressure that lasted for the next 35 years. His work took him to Norway, Denmark and other areas in Europe, Singapore, Indonesia, Malaysia, Brunei, Bangkok, Africa and Australia. When he retired from Stuart Petroleum in Adelaide, Australia, he and Mary-Ann moved back to Canada.

They spent winters in Edmonton; Spring to Fall were spent in their home at Harrison Hot Springs, BC. Friends and families gathered there and Leo was in his element. He enjoyed being surrounded by people he loved and had no urge to travel in retirement except to cruise the lake in his pontoon boat. He enjoyed being on the deck in the morning, coffee with the neighbors and the rhythm of the lake. We were so lucky to have a man like him in our lives. Leo was genuinely good, kind, generous, with a wicked sense of humor and a generosity of spirit. He didn’t lecture or judge, led by example and loved with an open heart.

Sadly missing him – sisters Geri Holmes and Lucille and Ralph Boudreaux, Emil and Donna Lajeunesse, Gerry Lajeunesse, and Sister-in-Law June Fontaine. In-laws Mike and Marie Tipman, Ken and Lois Erickson, Kathy and Lyle Johnson. There are a wealth of nieces and nephews and grand nieces and nephews – a host of friends and their families that will remember him with a smile.

Special thanks to the Palliative Home Care NW group who made it possible for us to keep Leo at home and to Doctor Ryan Akroyd whose guidance and compassion were a source of comfort and support.

Leo’s ashes will be interred in Red Deer when the family can get together again.

Donations in Leo’s name would be welcome at Stars Air Ambulance, the MS Society of Canada or a charity of your choice.

Mary-Ann, Jody, Tom & Nicole, it is so sad to hear of Leo’s passing – my heart felt condolences and love are sent to you all. I only have great memories of Leo (from living with you all in Singapore and my summer at the lake). He was (is) a lovely & funny man and will be greatly missed by all who knew him

Such a wonderful life you had together. Though I only met Leo once at a party in Singapore, the condolence notes alone are testament to lots of friendship and happy days. I wish you well on your own. It must make things better to remember how many happy years you had and what great kids. All the best, Mary Ann and family.

Have wonderful warm memories of this gorgeous human. With thanks for his guidance, love and support as a bonus grandpa to our kids during our years in Malaysia and Australië and for being a rolemodel as a patriarch. Much love

Deepest condolences to Mary-Ann, Tom, Nicole, Jody and family. We loved Leo and were lucky to have him in our lives.

I met Leo briefly twice when he was in the Harrison Hot Springs area. What I member most of all was what his wife, Mary-Ann, once said …. “I like Leo”! Sometimes in a relationship love is hard , however liking them all the time is awesome!
My sincere condolences to the Fontaine family.

Mary, we are very sad at Leo’s passing. He was a great guy who we truly loved. Throughout your life together we were always welcome. We were fortunate to spend winters with you in Bangkok and then Adelaide, AU. After you moved back to Edmonton I called one day and spoke to Leo. I told him how we loved visiting you both in Bangkok and Adelaide. He agreed that it was great that we were able to do that. Then I told him we would not be joining you for the winter in Edmonton. He put his hand over the phone and yelled, “Mary, we finally found someplace they won’t come.” He was a special man and we will miss him and his wicked wit.

To Mary, Tom, Jody and Nicole, my thoughts have been with you. Leo has always been a giant in my eyes, big heart, hugely accepting, wicked sense of humor and being considered a friend or feeling loved by him was a privilege. I loved him.

Grandpa is already so missed. We will miss our days by the lake in the summer, his ribs, pancakes, waffles Caesars and days on the boat. .

I am so grateful and lucky to be able to call him Grandpa.

Luke, Poppy, baby Lachlan and I are all sending our love to Canada.

Sincere condolences Mary. Such a lovely tribute to a lovely man.

Uncle Leo was such a wonderful person who will be missed by so many. Nadine and I loved every moment we spent with him and feel fortunate that we were able to visit a number of times in Alberta and BC after your return to Canada. I will always remember his joyous laugh and ability to make everyone feel special. Deepest condolences to Aunt Mary and your family. You are very special to us.

My sincere condolences to you and your family Mary. Thank you for taking such good care of him at home during his last days; I know it meant so much to him, and certainly to all of us. Leo truly was the kindest, most generous, and overall the nicest man I ever met and was so very blessed to have him for a brother. His passing will leave a huge hole in all our hearts.